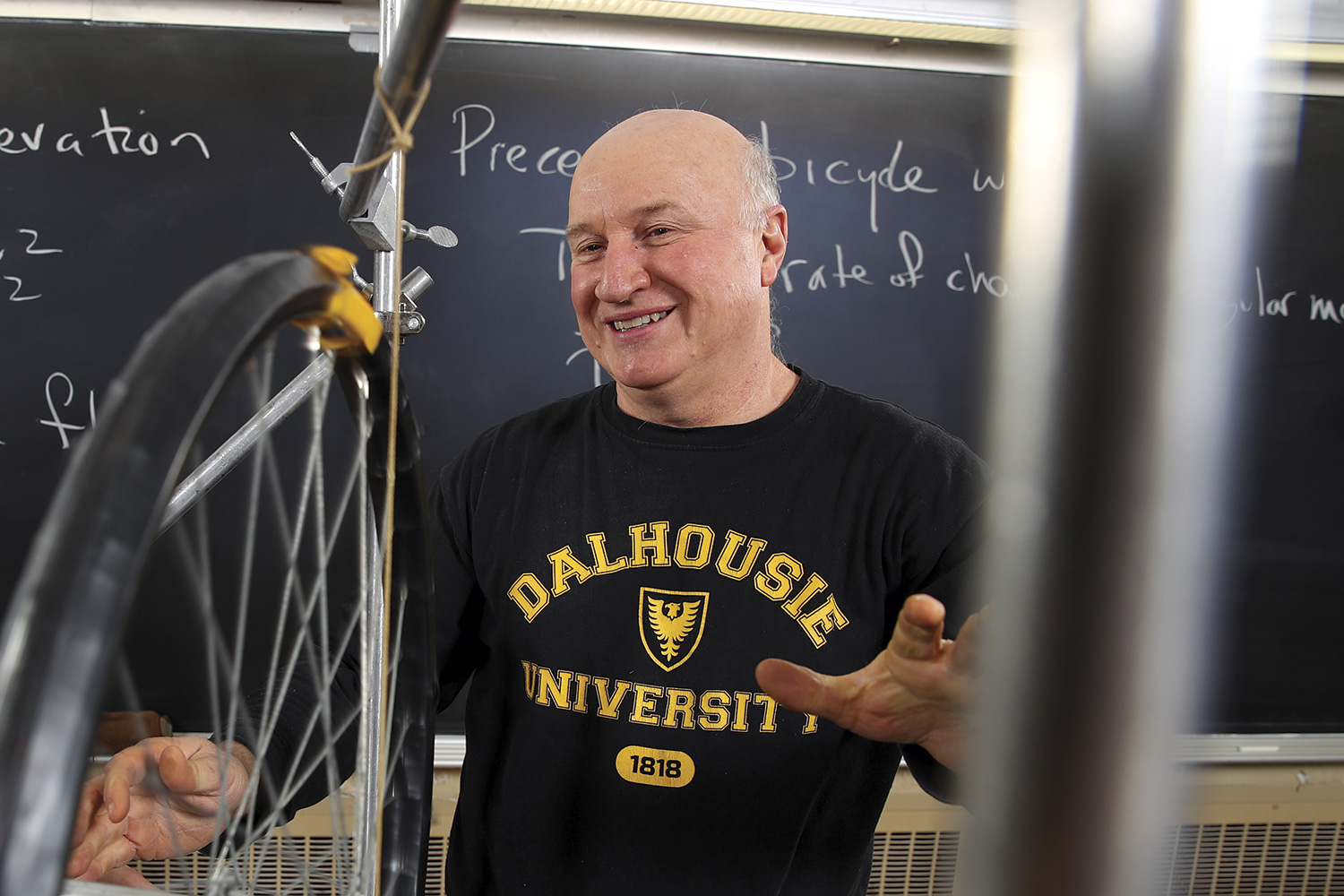 Dr. Jeff Dahn, a global leader in battery research, is a recipient of a lengthy list of top science prizes and awards. And for thousands of undergrad students, he’s the first-year prof who makes physics understandable—and fun.

A slow pan of the camera towards a canoe in the bay. An empty bottle of water resting on a table. A PhD student sitting quietly on a metal stool. A strange plastic tube standing mounted on the lab bench.

Watching pre-recorded videos of the more than 60 demonstrations that are part of Jeff Dahn’s first-year physics classes, there’s almost always a moment of quiet at the start of them, as if the hushed curiosity over what might happen needs a second to breathe before the science starts. It’s a hush that would be audible if the demonstrations were happening in a full-capacity physics classroom, as they normally would. Instead, with COVID-19 moving classes online this year, each student gets to catch their breath remotely, virtually.

The voices that rush in to fill that moment of quiet often have their tongues firmly in cheek. The two stars of the videos, Dr. Dahn and PhD student Marc Cormier, tend to sound more like Abbott and Costello than you might expect from a pair of physicists. Their dry banter may come off as silly, but the science is serious—whether it’s showing how surface pressure can lift a metal chair into the air or how covering the opening of a glass bottle filled with water can make a small ball of aluminum foil float up and down. Among the most intense demonstrations is a vacuum  cannon, powered by air pressure difference in the tube, which Dr. Dahn and Cormier use to blast a ping pong ball towards a light bulb at 400 km/h, obliterating it in the process.

“Students love the demonstrations that look like they put the instructor at risk,” says Dr. Dahn, with a hearty laugh. “You have to be a bit of a showman. But they’re not just a bunch of foolishness; we’re talking physics at the same time we’re doing these things.”

At some point in many of the videos, Cormier feigns comic surprise and asks if he’s witnessing magic—and is quickly corrected by Dr. Dahn who proceeds to clearly, succinctly and often mathematically explain exactly what’s happening. The videos all end with a common exchange:

The two scientists mug for the camera with two thumbs up before delivering the punchline: “That physics works!”

So, no magic involved—but even physics struggles to explain how Dr. Dahn is the man in the middle of all this.

After all, finding a researcher of Dr. Dahn’s stature teaching in a first-year classroom is practically a scientific anomaly at most universities. Hundreds of fresh-faced Dalhousie undergrads from across a wide variety of science and engineering disciplines get to spend a few hours each week with someone who’s won Canada’s top science prizes, someone whose inventions can be found in the lithium-ion batteries that power household appliances and electronics around the world. Even after he was recruited by electric vehicle pioneer Tesla for its first ever university partnership, Dr. Dahn is still signing up to teach introductory physics year after year.

“If an undergraduate student came into his lab to talk about a course, that student was immediately his priority,” recalls Luc Beaulieu, a former student of Dr. Dahn’s who’s now a professor of physics at Memorial University.

“There were certain windows in the week where all his grad students knew to not even try to see him because he would be busy helping his undergraduate students,” says Eric McCalla, another former student now at McGill as a chemistry professor. “He also has the ability to change gears on a dime—the second he is done helping undergrads, he is ready to turn his full attention towards any one of the 15 or so projects that are running at any given time in his lab. I was, and still am, in awe of this ability.”

It wasn’t a given that Dr. Dahn would become such a dedicated teacher. In fact, when he first entered academia in 1990 after spending much of his early career in industry, he wasn’t sure if he’d enjoy it. “Sometimes when a professor joins a university, they’re given a semester or two to establish their research, but I told the people at Simon Fraser I wanted to teach right away—because if I didn’t like it, I’d leave and go back to industry,” says Dr. Dahn. “I was given a summer course in first-year physics, about 45 students, and I really enjoyed it.”

What made the experience more engaging for him, and his students, was coming up with quirky, interesting demonstrations to bring the physics lessons to life. When he relocated to Dalhousie, his alma mater, in 1996, he brought with him a growing inventory of demonstrations to which he added many more developed by Dal forbearers like faculty members Ernest Guptill and Gerhard Stroink (the latter of whom helped create Halifax’s Discovery Centre). Over the years, the demonstrations have been honed to a finely tuned science—so much so that when a global pandemic arrived, Dr. Dahn was able to organize filming most of them over a few months to ensure they’d continue to be part of the curriculum.

When asked about why he values demonstration-based learning to such a degree, he quotes a Chinese proverb cited at Dr. Stroink’s 2018 induction into the Nova Scotia Science Hall of Fame: I hear, and I forget. I see, and I remember. I do, and I understand.

Dr. Dahn’s own quest for understanding has never been a solitary one. It’s been driven by conversation and collaboration—with Dal colleagues, with the large and accomplished cadre of graduate students and postdocs he’s worked with, and with the industry partners he’s spent his career working alongside.

“Spending five years in industry, like I did, before moving into academia, it gives you a real grounding in what matters for a product,” he explains. “It teaches you to worry about things like cost, about scale, about manufacturability. There are a lot of fundamental science challenges in what we do as well, but we stay focused on practical applications.”

Those practical applications include electronics, power tools, electric vehicles—any and all devices that power our modern world through renewable lithium-ion batteries. Among the many contributions Dr. Dahn and his collaborators have made to lithium-ion technology were a series of NMC (nickel-manganese-cobalt) compounds that, thanks to their ability to increase batteries’ safety and stability, were licensed for use by 3M, Dr. Dahn’s industry partner at the time, to companies around the world. (3M sold the patents to Umicore, a large NMC producer, in 2016.)

“There was, and perhaps still is, a saying about Jeff: ‘Don’t bet against Jeff,’” says Larry Krause, senior staff scientist at 3M, who says the company’s nearly two-decade partnership with Dr. Dahn’s lab is considered a “gold standard of university collaboration.”

“It’s not uncommon for research labs to compete in directions of cell chemistry or materials development, and it seems that whatever Jeff and his group are working on, more often than not, becomes important,” adds Krause. “He’s right most of the time, so when Jeff talks at scientific meetings, people listen.”

Being right most of the time has meant that Dr. Dahn has received too many awards and honours to name—but among them are the Herzberg Gold Medal from the Natural Sciences and Engineering Research Council (often considered Canada’s top science prize), the Governor General’s Award for Innovation, the Royal Society of Canada’s Henry Marshall Tory Medal and the International Battery Association’s Yeager Award. But don’t expect to hear much about these awards from Dr. Dahn himself.

“He’s this global leader in the field, but if you didn’t know ahead of time you may not realize that from meeting him,” explains Chris Burns, another former student whose time in Dr. Dahn’s lab led to launching his own spin-out company, Novonix, focused on battery testing. “He is incredibly humble. He’s not driven by his own personal accolades—although it is quite a list. He’s motivated to help his students succeed and see his research make an impact in society.”

In 2016, Dr. Dahn began a five-year exclusive arrangement with Telsa, becoming not just a supporter of the company’s mission to accelerate the transition to sustainable transportation but an active participant too. His lab’s work focuses on making lithium-ion batteries cheaper, smaller and longer-lasting.

“We’ve been fortunate enough to see a few of the things we’ve worked on move into the Telsa product stream,” says Dr. Dahn. “It’s been very satisfying; just understanding the mission of the company, and seeing them move so quickly, is awe-inspiring. It’s incredible to be able to work with these guys.”

The arrangement was recently re-upped for an additional five years, but Dr. Dahn’s sights are set even beyond that point, towards how this work can continue even after he retires from Dalhousie. (Lest you think he intends to rest, he sees his post-retirement career focusing on finding ways to support increasing Nova Scotia’s battery R&D capacity.) Earlier this year, his lab expanded to include two new major research recruits: Chongyin Yang, arriving from the University of Maryland to become the new Tesla Canada Chair; and Michael Metzger, recruited from Bosch to serve as the new Herzberg Dahn Chair—a position created thanks to Dr. Dahn’s winnings from his Herzberg prize.

“One of my priorities when I got the Herzberg Award was to figure out how to keep this laboratory going, and not just have all the equipment go into the ocean when I retire,” he says. “Now, we’re basically tripling the number of faculty involved in our Tesla project. These guys are really out-of-the-box thinkers and incredibly good researchers. They’re going to be so good.”

Dr. Dahn still has much work to do before he retires, though, and that includes adding hundreds of more undergrads to the list of thousands who’ve been through his first-year physics classroom.

“I think I’ve taught about 8,000 engineering students since I’ve been here,” he says. “I get people who come up to me on the sidewalk and remember a class they took 15, 20 years ago—they still remember the particular demonstrations, and some tell me it’s the most fun class they ever took at university. That means a lot to me—and it’s just fun giving lectures like that.” 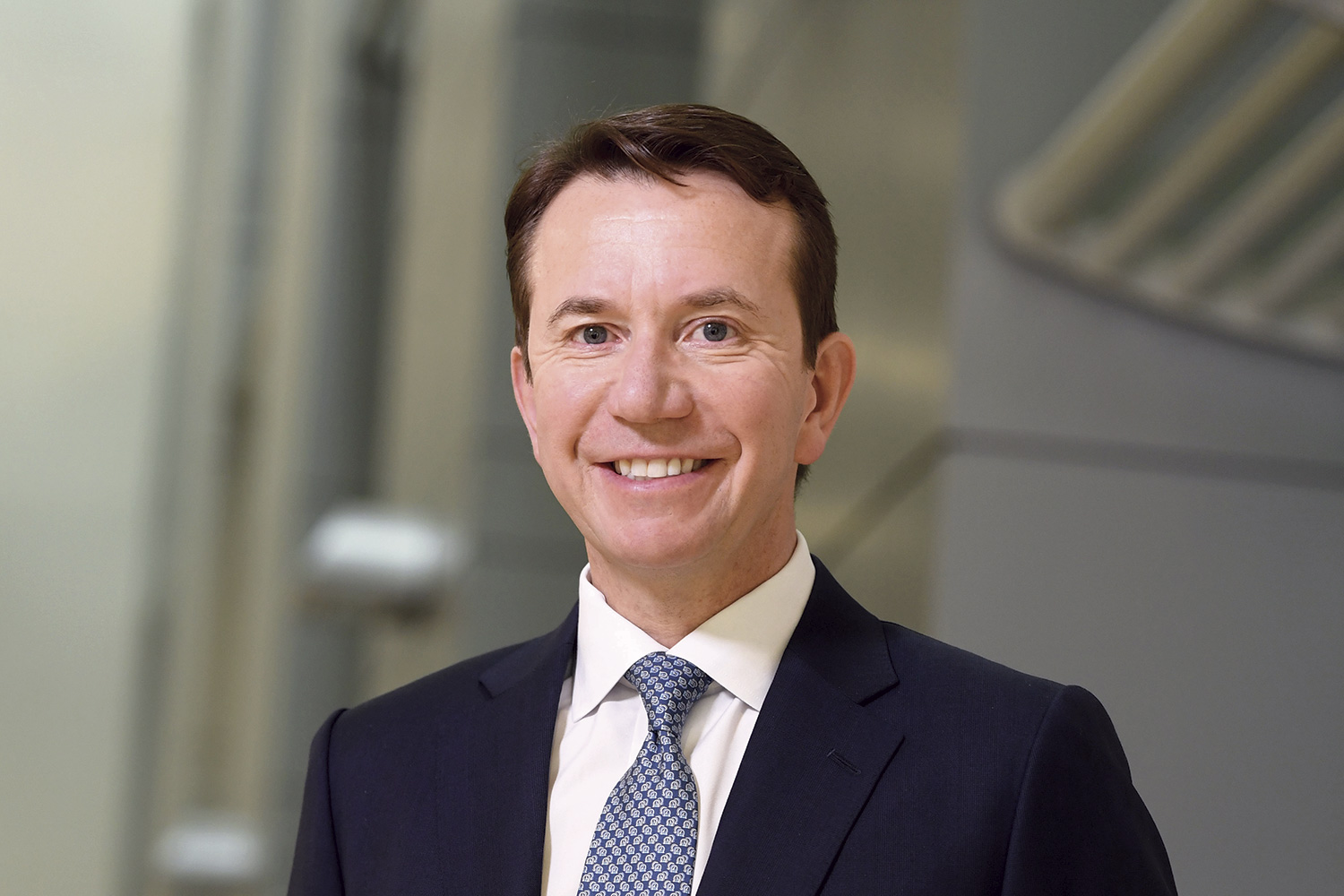 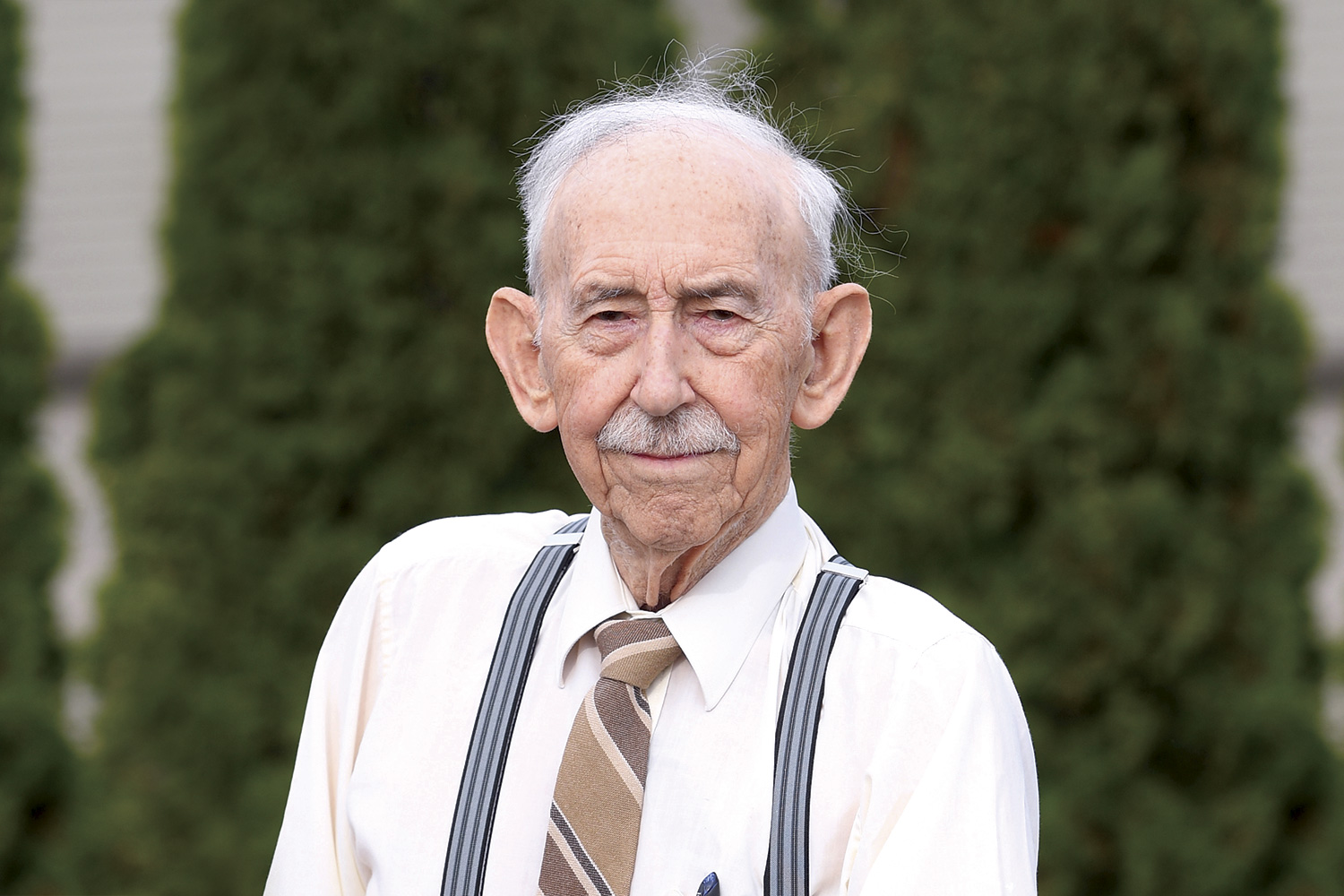 Dr. David Crowe has funded a scholarship that grows from his love of farming