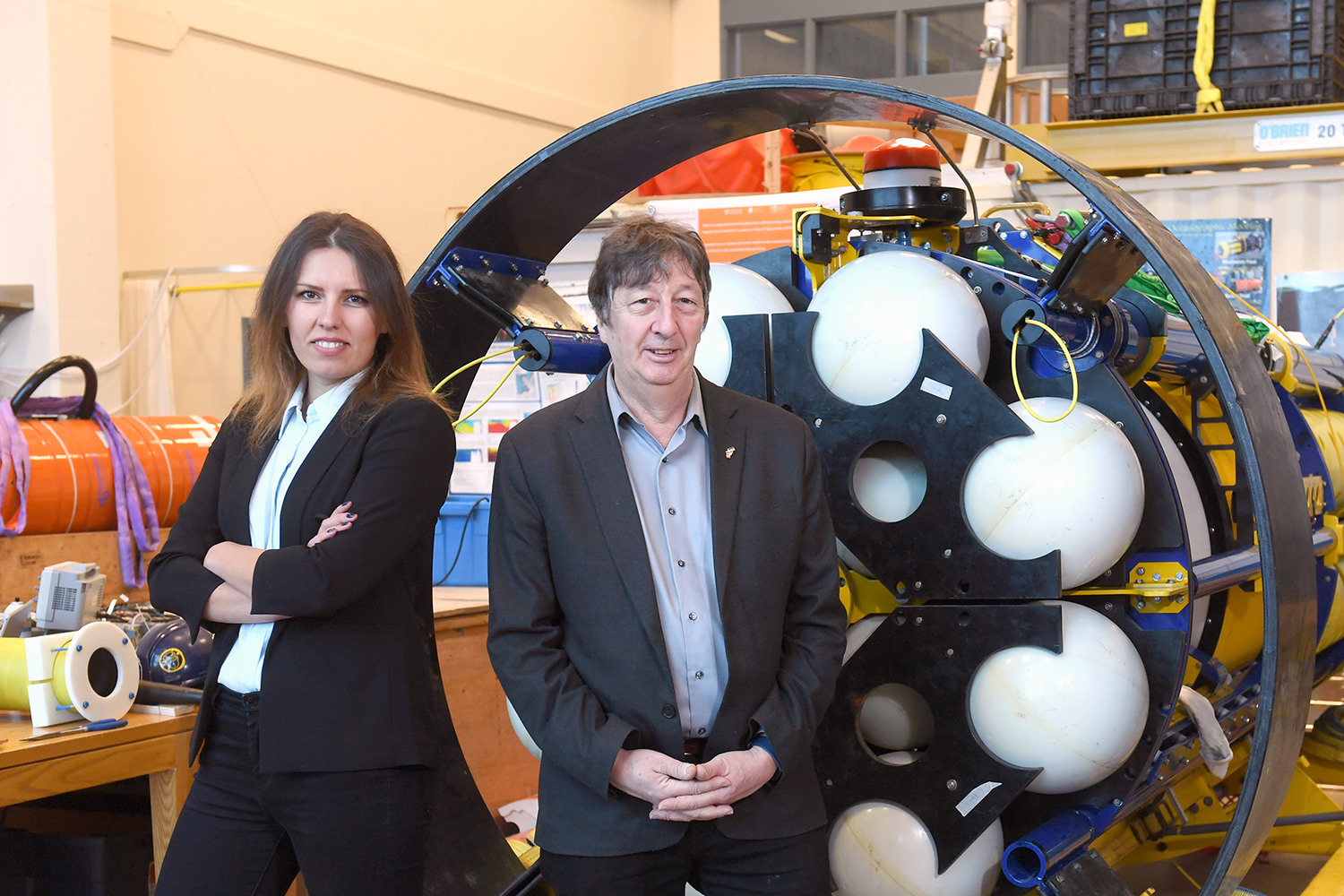 Research by Dal oceanographers Dariia Atamanchuk and Doug Wallace explores the transfer of oxygen from the atmosphere to the ocean’s depths. (Photo: Manu San Felix, National Geographic)
add a comment

Much more oxygen than previously thought is being transported into deep layers of the ocean through a ‘trap door’ off Canada’s Atlantic coast that some researchers say could be closing as a result of climate change. Scientists from Dalhousie and the University of California San Diego measured the higher-than-expected transfer of oxygen from the atmosphere to depths as great as two kilometres in the Labrador Sea, attributing it to the injection of air bubbles during winter storms. Understanding how much oxygen is transferred is essential because the deep ocean waters flow out of the Labrador Sea and supply oxygen to a vast area of the ocean worldwide.
Researchers: Dariia Atamanchuk, Oceanography; Doug Wallace, Oceanography.

Drugs that reduce inflammation in the brain could slow or even reverse the cognitive decline that comes with age, say new studies by researchers in Canada, Israel and the United States. In two complementary papers in Science Translational Medicine, scientists from Dalhousie, Ben-Gurion University of the Negev and the University of California, Berkeley, found that senile mice that were given a drug to reduce inflammation had fewer signs of dysfunctional brain electrical activity. In fact, the mice were more capable of learning new tasks and became almost as adept as mice half their age. The researchers zeroed in on the blood-brain barrier, which protects the brain from potentially damaging toxins. Evidence has shown that as we get older this defence weakens and can lead to brain disease.
Researchers: Alon Friedman, researcher at Dalhousie’s Brain Repair Centre; University of California, Berkeley; Ben-Gurion University of the Negev; University of Bonn Medical Center; University of California, Davis; Canadian Institute for Advanced Research.

The abundance, productivity and resilience of the world’s marine life could recover substantially by 2050, researchers say in a landmark study in Nature. The paper’s two Canadian co-authors, Dal’s Boris Worm and Heike Lotze, say this work provides much needed hope and shows that by working together some global problems can be reversed. The authors reviewed hundreds of case studies, including the rebound of fish stocks during the World Wars; the recovery of coral reefs from nuclear tests in the Marshall Islands; and the improved health of the Black and Adriatic seas after fertilizer use was reduced.
Researchers: Heike Lotze and Boris Worm, Biology; King Abdullah University of Science and Technology; Aarhus University; Colorado State University; Massachusetts Institute of Technology; Pontificia Universidad Católica de Chili; Sorbonne Université; Institute for Sustainable Development and International Relations; Prince Albert II of Monaco Foundation; Boston University; James Cook University; Smithsonian Institution; University of Queensland; Alfred Wegener Institute; University of York

Ask Crystal Watson how play has changed for African Nova Scotian girls over the past 30 years, and the answer is startling. “We don’t know,” says the PhD in Health candidate, recreation therapist and executive director for Recreation Nova Scotia. “The majority of the literature doesn’t talk about childhood through an Afrocentric lens, so we just don’t have that research.” Watson is working to change that. Her research, advanced by the Harris A. Ritcey Award, focuses on the outdoor play experiences of African Nova Scotian children. “I want to see the places where these girls play. I want to center their gender and their experience as black girls and solidify that full intersectional approach.”
Researcher: Crystal Watson, PhD student in Health

Researchers from Dal and the IWK Health Centre are using smartphones to monitor the impacts of social distancing and isolation on youth during the COVID-19 pandemic. Dr. Rita Orji from the Faculty of Computer Science and IWK psychologist Dr. Sandra Meier have developed a mobile sensing app to track user’s activities and provide mental health support. The study hopes to monitor around 500 participants aged 15–25, including mental health patients and the general population. The app tracks participants’ call, text and app usage, and movement and sleep patterns. Using data from prior to and during isolation, the study hopes to identify patterns that can be used to make positive real-time recommendations.
Researchers: Sandra Meier, IWK Health Centre, Department of Psychiatry; Rita Orji, Computer Science

In January 2020, Sophie Watts set off to Auckland, New Zealand on the adventure of a lifetime. A PhD student in Dal’s Faculty of Agriculture, Watts was awarded a fellowship from the Natural Science and Engineering Research Council of Canada (NSERC) to learn about apple genomics. She’s learning more about a powerful new gene editing tool called CRISPR, and hopes her work will improve apple crops back home. “By working with such a diverse collection of apples, I hope to raise awareness of how important biodiversity is in agriculture and emphasize that we need to use that diversity in order to improve our agricultural crops.”
Researchers: Sophie Watts, PhD student, Faculty of Agriculture; Dr. Sean Myles, Faculty of Agriculture 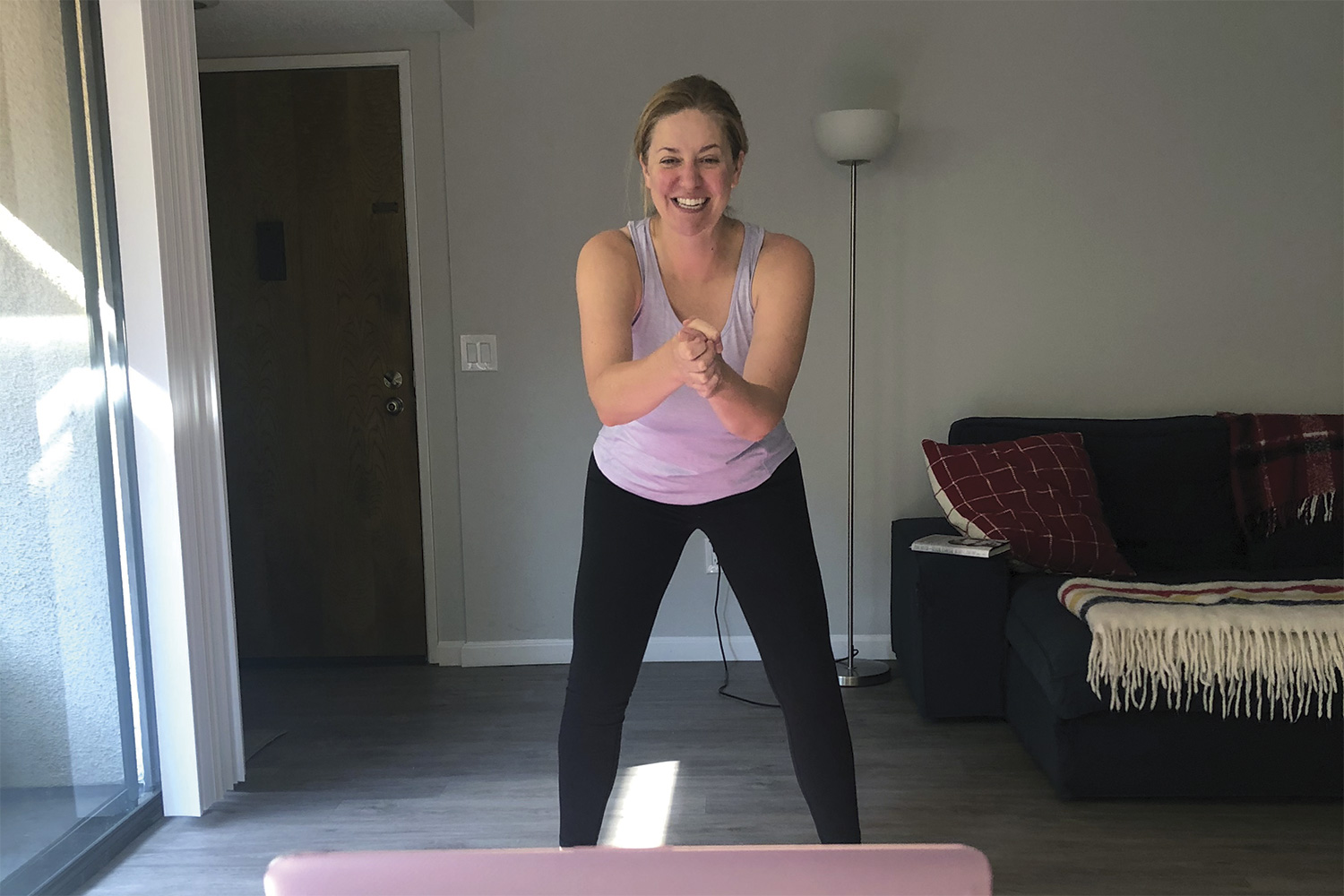 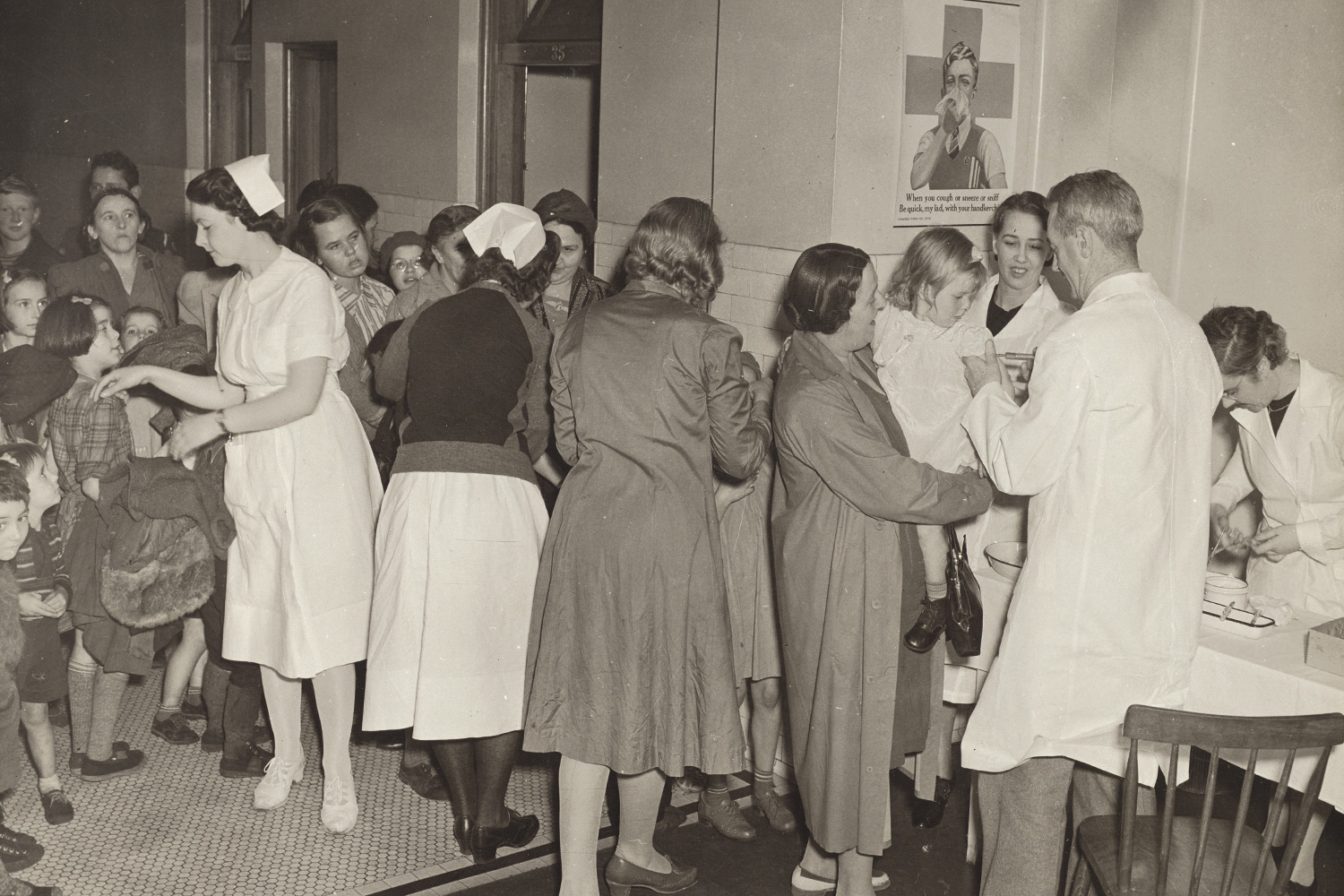