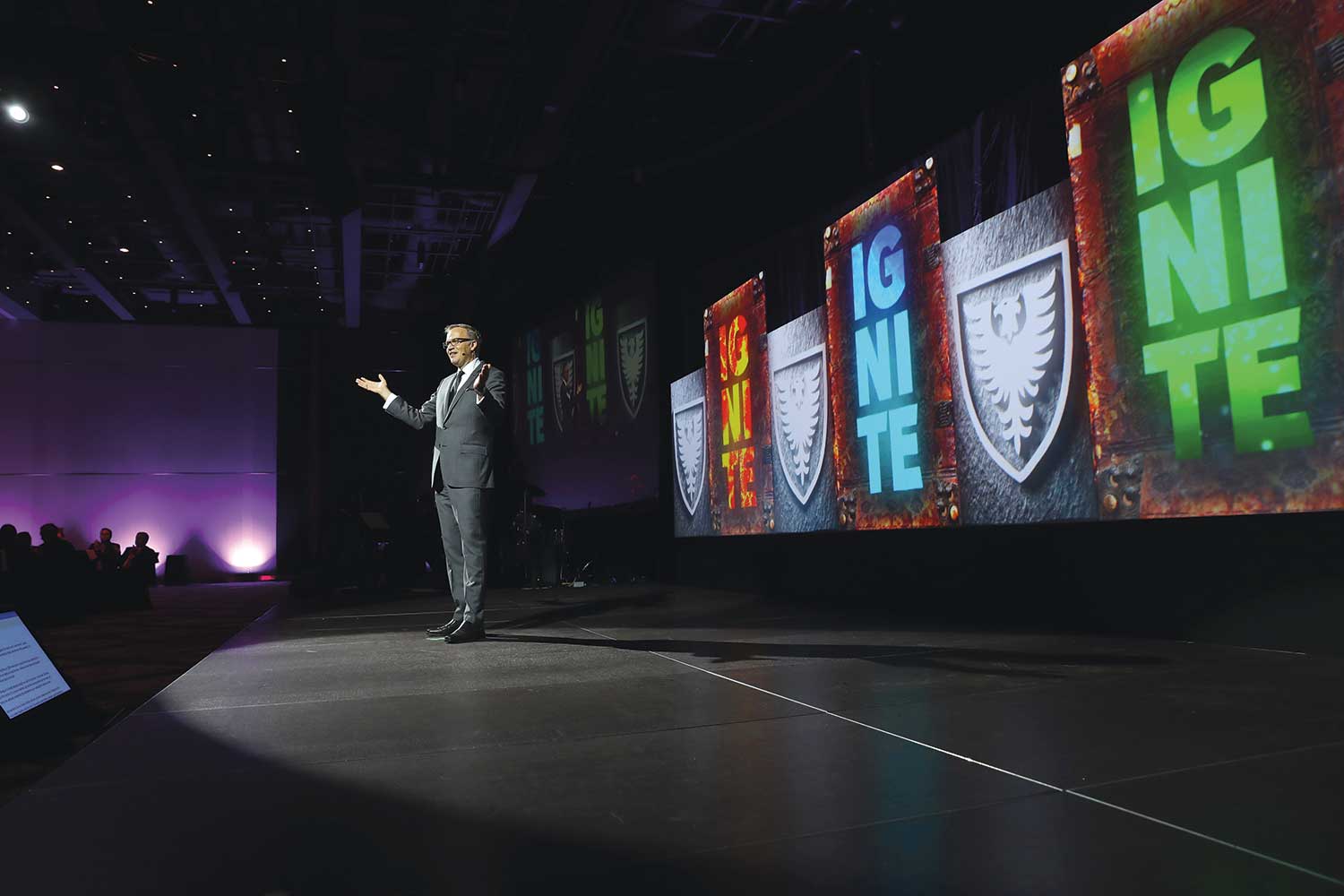 To ignite is to set in motion. For Dalhousie, on September 28, it was its third century. The Ignite gala dinner, a highlight of Dal’s 200th year and marquee event of Homecoming weekend, shone a spotlight on the future and offered exquisite theatrical and musical performances. The evening concluded with an inspiring announcement.

But at the heart of the event was the impact that Dal teaching and research is poised to make in its third century not just in our region, but across the country and around the world.

“Tonight, we look to that future—to our next 100 years, to our third century,” said President Richard Florizone in his opening remarks to the crowd of 1,200. “It’s a future unwritten, but one that is being penned each and every day across our campuses, powered by the achievements you’re seeing from Dalhousie today.”

That was made clear by three research spotlights spread throughout the dinner, each highlighting groundbreaking Dal projects responding directly to global challenges.

Chemistry Professor Mita Dasog shared how her lab is developing ways to store solar energy in chemical bonds. Currently, the materials required to do this are rare and expensive (like platinum), but by discovering materials that are abundant and cheap, the lab is working towards obtaining a limitless and green source of energy.

Then the audience was taken to Ethiopia, where Dal’s Faculty of Agriculture is leading one of the largest international development projects awarded to a Canadian university. ATTSVE (Agricultural Transformation Through Stronger Vocational Education) is helping revolutionize agricultural education, empowering women and men to reshape agricultural education to create entrepreneurs, strengthen support to farming communities and improve production.

Dreaming of a better future

There was nary a dry eye in the house as Dr. Jason Berman of the Department of Pediatrics (also an attending physician and interim vice-president of research at the IWK Health Centre) took the stage with the Disney family, including 13-year-old Grace.

Grace was diagnosed with acute promyelocytic leukemia (APL), that once carried a very guarded prognosis even with the most aggressive therapy. She became the first child treated in Atlantic Canada with an innovative approach without chemotherapy—a molecularly targeted therapy built on research conducted in Dal’s Zebrafish Core Facility, which uses tiny zebrafish to study and treat various diseases, including cancers. Today, Grace is cancer-free. Her mother, Nicola, spoke about how she believes in the power of research to help people live better lives, “because our daughter is living proof”—a comment that earned a standing ovation.

“The talent and creativity it takes to change our world for the better is here, at Dalhousie, in Nova Scotia and Atlantic Canada—and it’s only growing stronger,” said Zac Comeau (BA’17) who co-hosted the event with Claudia Gutierrez (BA’18), both recent Fountain School of Performing Arts graduates.

That was evident not just in the event’s research stories, but in the music and performance that surrounded them. Guests enjoyed live, original music composed by Fountain School faculty member Tim Crofts, recent grad Neven Prostran (MA(Musicology)’17) and student Taylor MacGillivray.

And the performing arts took centre stage as President Florizone shared an enthusiastic update on Dal’s Performing Arts Campaign that will support the expansion and revitalization of the Dalhousie Arts Centre and create innovative practice and rehearsal spaces for students. Less than a week after the province’s $10-million contribution to the effort, President Florizone announced a $2-million donation from campaign chair Rob Steele and a matching gift from honorary co-chairs Fred and Elizabeth Fountain.

“We’re proud to be part of making our region a world-class performing arts destination,” said President Florizone. “Let’s work together for the students and artists of today—and don’t stop thinking about tomorrow either!”

Following Ignite, it was hard not to. 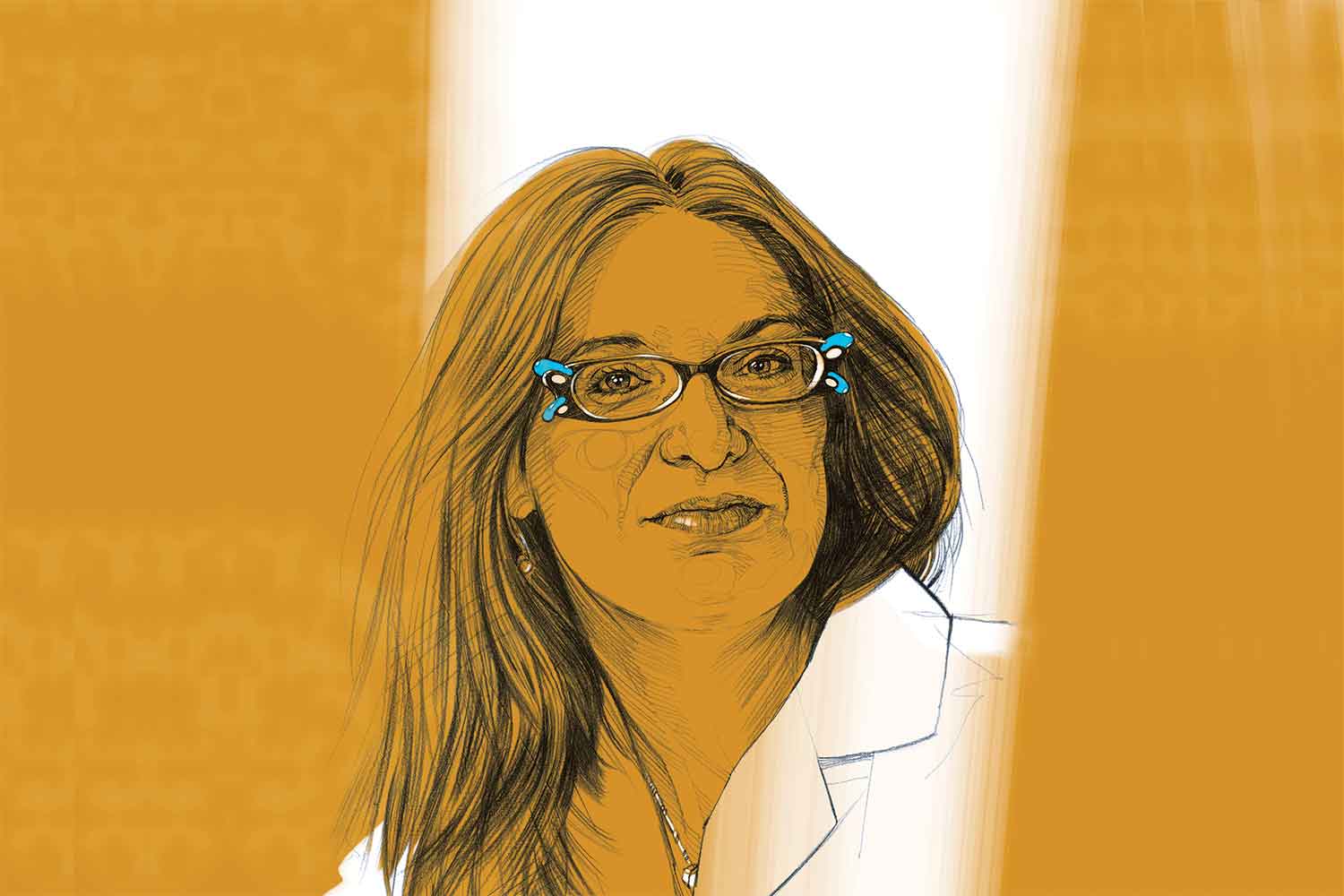 Dal’s almost 1,800 Killam Scholars have made remarkable contributions in their fields 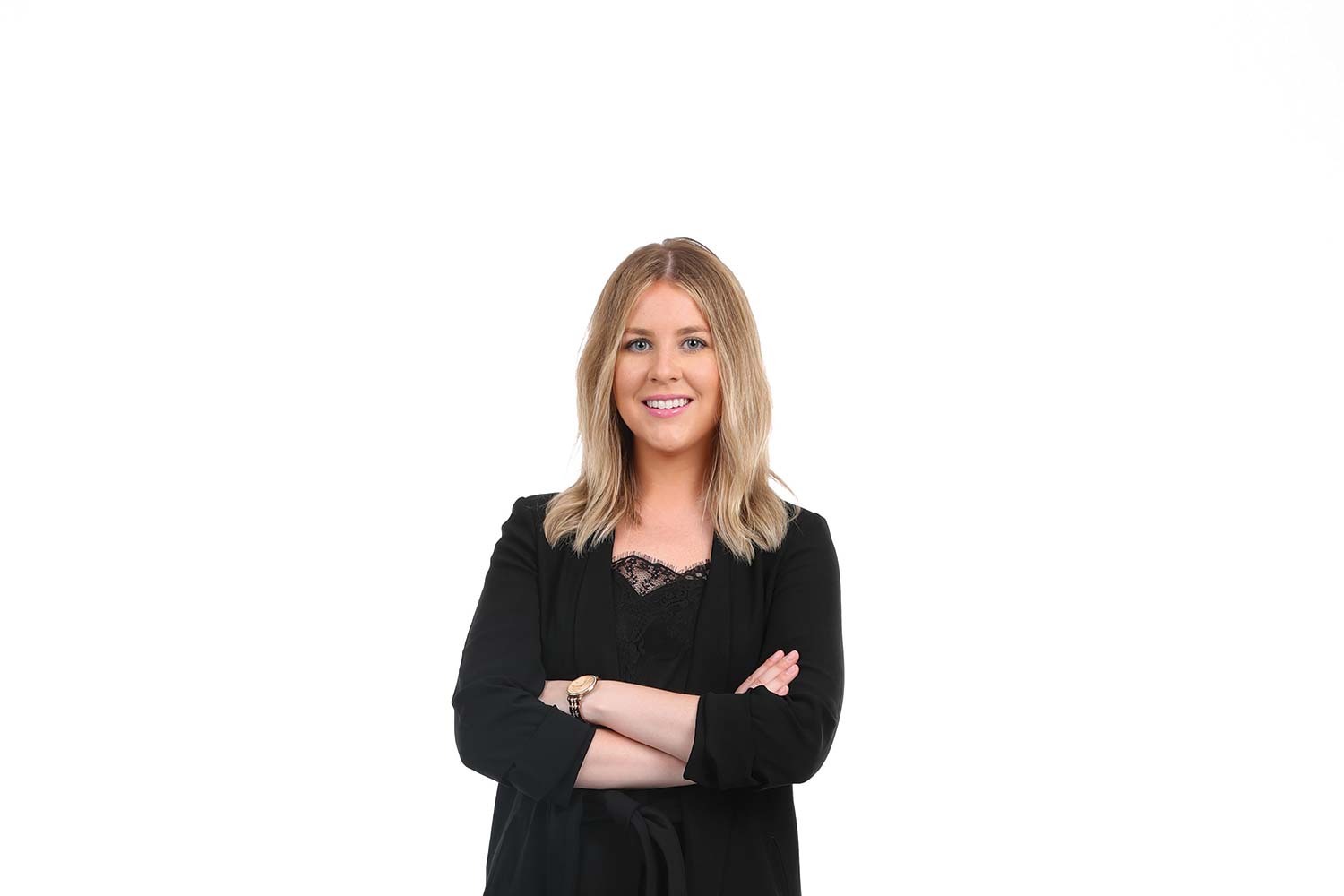