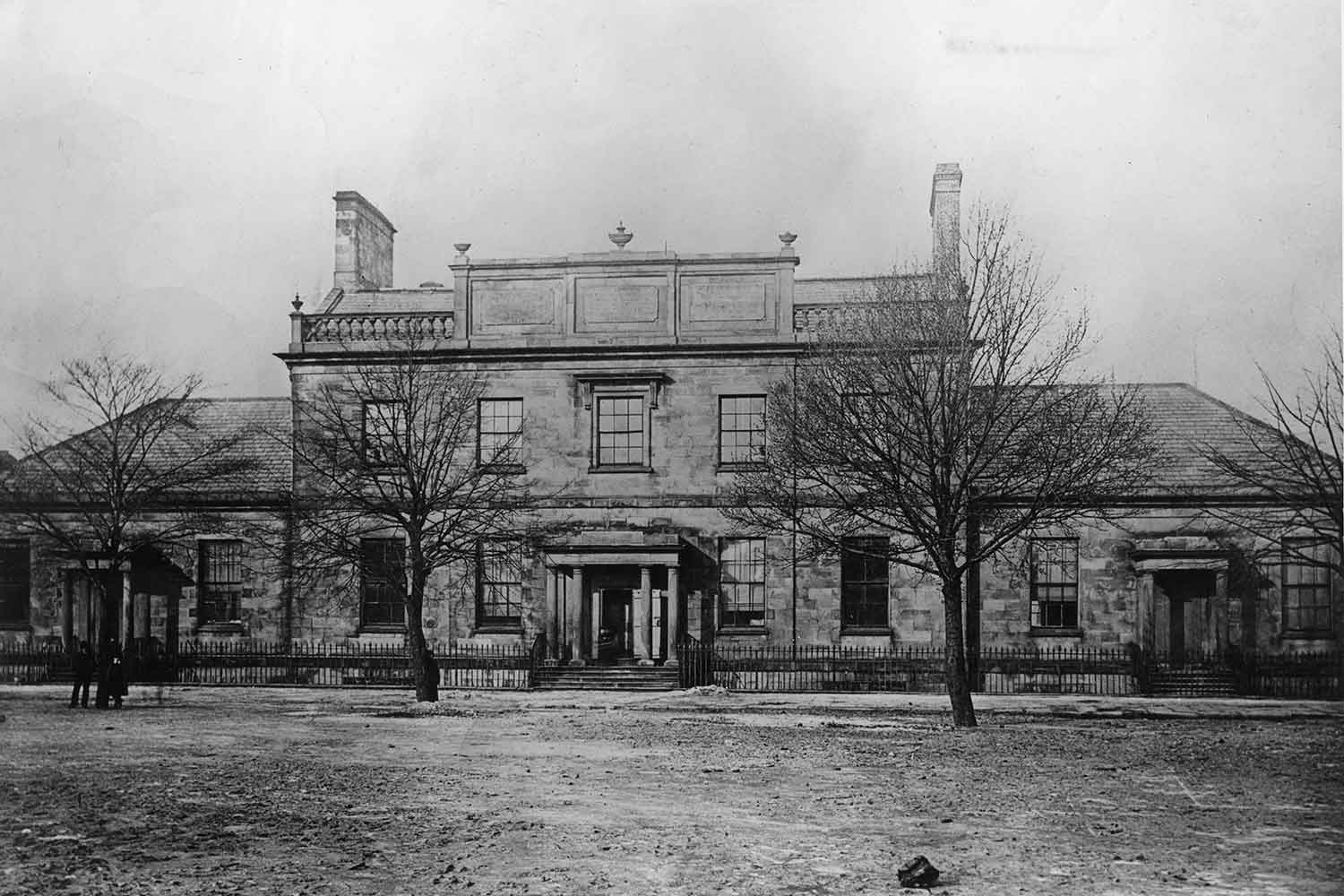 The first building that housed Dalhousie College
add a comment

A lot goes into establishing and sustaining a university over centuries. While every one of Dal’s 200 years has contained memorable moments, valuable donations and important decisions, a few stand out as foundational.

As the founding capital for the university, the Castine Fund is quite literally where it all began. Years later, George Munro’s continued support ensured the university didn’t fall into ruin. The Indigenous Blacks & Mi’kmaq Initiative gave the university a framework for addressing systemic racism that is still in place today. And the Ocean Frontier Institute has the potential to expand our ocean research expertise for years to come.

Each of these significant building blocks provide a reflection of where the university has been and what it aspires to become as Dalhousie moves into its third century.

Under the cover of dark, during the first hours of September 1, 1814, eight warships and 11 transports led by Sir John Coape Sherbrooke carried British troops into the harbor of Castine, Maine. They encountered little opposition from the Americans. In fact, many citizens swore allegiance to Britain so they could trade with British ports around the world. It wasn’t long before Castine became a steady customs port of entry.

Though the Treaty of Ghent restored Maine to the Americans after about six months, British troops collected over £10,000 in duties from imports and exports through the port. The funds returned to Halifax with Sherbrooke, then Lieutenant-Governor of Nova Scotia, when the troops withdrew from Maine.

This bounty, known as the Castine Fund, was designated for general improvements in Nova Scotia. When Sherbrooke was promoted soon after his return, spending the fund was left to the next Lieutenant-Governor, George Ramsay, the ninth Earl of Dalhousie.

After consulting with his council and much deliberation, Dalhousie decided the fund should be used to offer “encouragement to the industrious part of society.” He wanted to educate the population. He proposed £1,000 for a library and the rest would go to support a new college that would be “open to all occupations and to all sects of religion.”

On February 6, 1818, Lord Bathurst, the colonial secretary, replied that, “His Royal Highness has been pleased to express his entire approbation of the funds in question being applied in the foundation of a Seminary in Halifax for the higher Classes of Learning, and toward the establishment of a Garrison Library.” That approval founded the university.

Did you know? British troops didn’t have to fire a single shot while claiming the Port of Castine.

In the late 19th century, the university was in desperate need of capital. Its income from invested sources yielded only $3,000 a year, and income from its rented property brought in only $600 annually. Its $3,000 grant from the government was soon due to expire. The total combined income of $6,600 was insufficient to continue to run the university.

Then, during the summer of 1879, perhaps while enjoying a sunny day with family, board member John Forrest mentioned the miserable situation to his brother-in-law George Munro. When Munro heard the university needed money to create a new chair in Physics, he simply replied, “If you will find the man…I will find the money.”

Munro funded the chair with a $2,000 per year gift — an astounding amount for the time. As the university’s Board of Governors exclaimed: “Mr. Munro’s liberality is on a scale that is without parallel in the educational history not of Nova Scotia alone but of the Dominion of Canada.”

Not bad for an unassuming former teacher from West River, Pictou County, Nova Scotia who made his fortune after working his way up to become owner of a New York publishing company best known for songbooks, handbooks and the first dime novels.

His generosity would go on to endow chairs in History, English Literature, Rhetoric, Law and Philosophy. He also donated a total of $83,000 in bursaries, some of which went to support several of Dal’s first female graduates. All told, Munro donated about $330,000 to the university, equivalent to about $10 million today.

By stepping in to help support the university, Munro built a legacy that still holds up today.

Did you know? A special university holiday was set aside in 1885 to commemorate George Munro and he is still honored on “Munro Day” each year on the first Friday in February.

“These are the inescapable, and inescapably distressing, conclusions.” The Royal Commission on the Donald Marshall Jr. prosecution didn’t mince words—the provincial criminal justice system was unfair to African Nova Scotians and Indigenous people.

This groundswell was supported at the university by Breaking Barriers: Report of the Task Force on Access for Black and Native People, an internal task force which identified issues related to access to education. The result was the Indigenous Blacks & Mi’kmaq (IB&M) Initiative at Dal’s Schulich School of Law.

Professor Michelle Williams, director of the initiative, says it is addressing systemic issues. “The IB&M Initiative, through its students, alumni and supporters—and Mi’kmaw and African Nova Scotian communities of origin—has contributed to a more equitable, inclusive and just province, thereby helping to address the harmful legacy of colonialism, enslavement and segregation in this territory of Mi’kma’ki.”

Today, the IB&M Initiative is a model for access to legal education and the legal profession across Canada and the United States. And it continues to produce results. As Prof. Williams is pleased to point out, “In this the 200th anniversary year at Dalhousie, we will celebrate the 200th graduate who was admitted to Dalhousie’s law school through the IB&M Initiative.”

Wave of the future

Rapid change in the North Atlantic is a challenge. As the world’s most highly productive marine ecosystem and one of its largest carbon sinks, changes in this region can have a critical impact on global climate and food supply. That’s why, by focusing on this region, Ocean Frontier Institute (OFI) is positioned to become one of the world’s most significant ocean science collaborations.

“In terms of its absolute area, the Northwest Atlantic is really rather small,” explains Dr. Marlon Lewis, interim scientific director of OFI. “But it has unique characteristics that make it inordinately important for a whole wide range of physical, chemical and biological problems.”

Established in 2016, OFI is a partnership led by Dalhousie, Memorial University of Newfoundland and the University of Prince Edward Island that brings together industry, government and research partners from both sides of the North Atlantic to explore the ocean’s vast potential.

“Thanks to Dalhousie University’s leadership, OFI’s design took a collaborative approach, one that went further than just identifying what it would mean for Atlantic Canada and its academic institutions,” says Dal alumna Dr. Wendy Watson-Wright, CEO of OFI. “Expanding the scope helped ensure OFI would generate benefits for science, policy development, our economy and the environment—benefits that have worldwide impact.”

As Dr. Paul Snelgrove, Memorial professor and OFI’s associate scientific director explains, “OFI provides an opportunity to wrap these pieces together in a much more effective way, so the sum is more effective than the individual parts.”

Did you know? OFI earned the largest research grant in Dal’s 200-year history—$94 million from the Government of Canada through its Canada First Research Excellence Fund.

P.B. Waite chose to call his two-volume history of Dalhousie University The Lives of Dalhousie for a reason. “A university is a place where human beings meet and work,” wrote Dr. Waite in the preface of the first volume, published in 1994, “where professors teach students, and students even teach professors, and their lives and thoughts are worth trying to recover.” 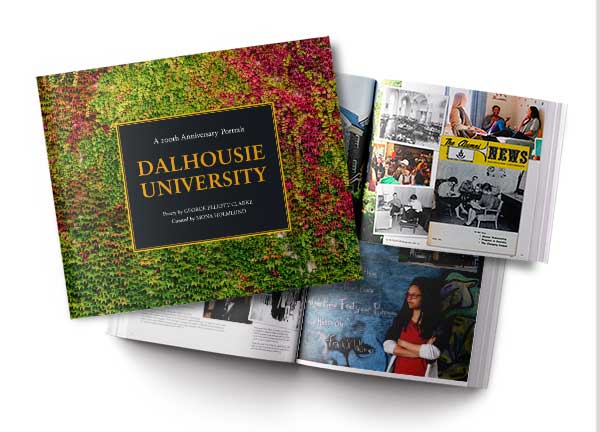 Dr. Mona Holmlund was inspired to visually capture the multiple memories of Dalhousie for the 200th anniversary in Dalhousie University: A 200th Anniversary Portrait, published this spring. “No one person has seen all that Dal has been. Through poetry and pictures we’ve created an impressionistic portrait that, I hope, can help the community celebrate, commemorate and imagine the next century.” The book features George Elliott Clarke’s epic poem “The Story of Dalhousie; Or, The University as Insurgency”, commissioned to commemorate the university’s anniversary.

Noble Goals, Dedicated Doctors, published in December 2017, is the result of Dr. Jock Murray’s exploration into the evolution of Dal Medical School. “It’s important that we know how we got to be where we are now, to understand how things have changed. The advances adopted and taught at the medical school played a key role in the rise of medical professionalism.” 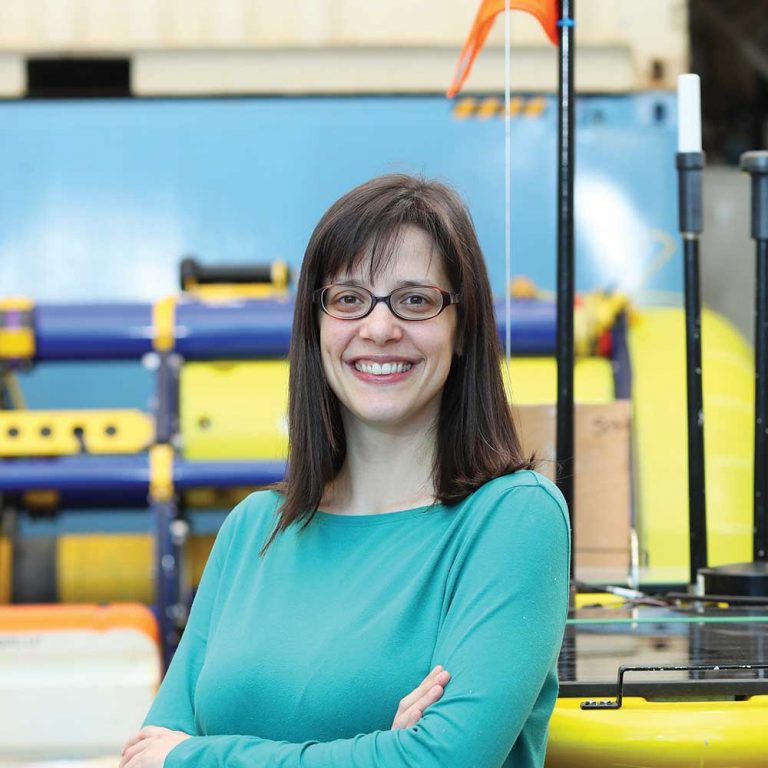 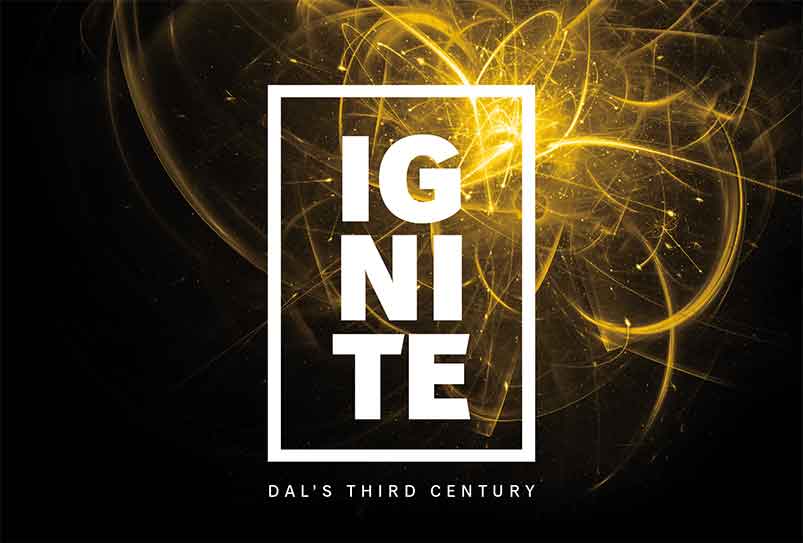 Join the celebration on September 28, with an evening that explores how Dal researchers are responding to the greatest challenges of our times