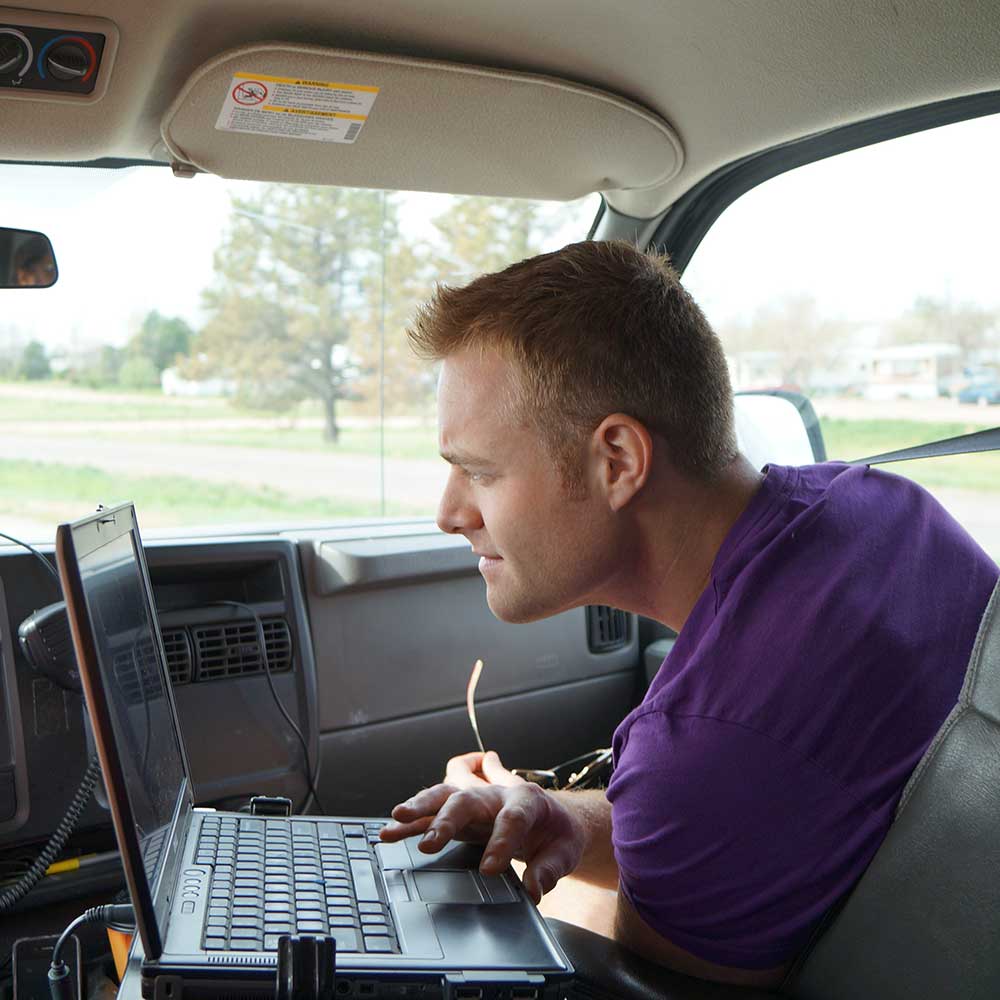 When Travis Farncombe (BA’07) was 12 years old, a tornado touched down near his cottage in the Kawartha Lakes region of Ontario. From that moment, he was hooked on extreme weather.

He read about weather, watched videos and The Weather Network, but he would have to wait until the summer after his graduation from Dalhousie before he got the chance to do what he dreamed of: chase a tornado.

“It’s probably the most sensory experience you can ever have,” he says. “You are standing out there watching a storm develop, and you can hear the roar of hail smashing up against itself up in the clouds. You’re watching something very few people on earth will ever see—it just swallows up the entire sky, from out of nowhere. And once it dissipates, it’s gone. It’s just phenomenal in every way.”

Farncombe spent a couple of years learning the ropes with the tornado-chasing tour company Silver Lining Tours, which operates guided tours throughout what’s referred to as Tornado Alley, a huge cluster of states in central and eastern United States notorious for their tornadoes.

He now is a guide for Silver Lining Tours, and runs the storm chase website Highways and Hailstones. He estimates that he’s seen between 50 and 75 tornadoes in the six years he’s been chasing. Some of them have left their mark.

In 2011, a catastrophic tornado hit Joplin, Missouri. It was a mile wide and cut a devastating swath through the south end of the city. One hundred and fifty eight people were killed, more than 1,000 were injured and $2.5 billion (US) in damage was done. Farncombe and all in his tour survived.

“The Joplin tornado I didn’t handle very well,” he says. “I wasn’t sure if I would chase again after that one because I was so upset by what had transpired. There’s this weird reconciliation that goes on where you have to respect them, and you have to have a good perspective on what you are watching and know that when you are down there they do affect peoples’ lives. They’re not just fun and games.”

Farncombe completed a Masters in Architecture at Massachusetts College of Art and Design following his graduation from Dalhousie, and is currently working with researchers from Kansas State University and the University of Western Ontario. They’re designing a weather-centric ranch that will allow people to experience the weather in what Farncombe calls “a heightened kind of way.”

“We’re looking at it from a structural and resiliency perspective,” he explains. Everything about the design is conceptualized in relation to the weather. “We’re looking at what resources and experiences the weather can offer, reexamining peoples’ relationship with the sky.”

Images of the weather ranch and more on the project can be seen at highwaysandhailstones.com. 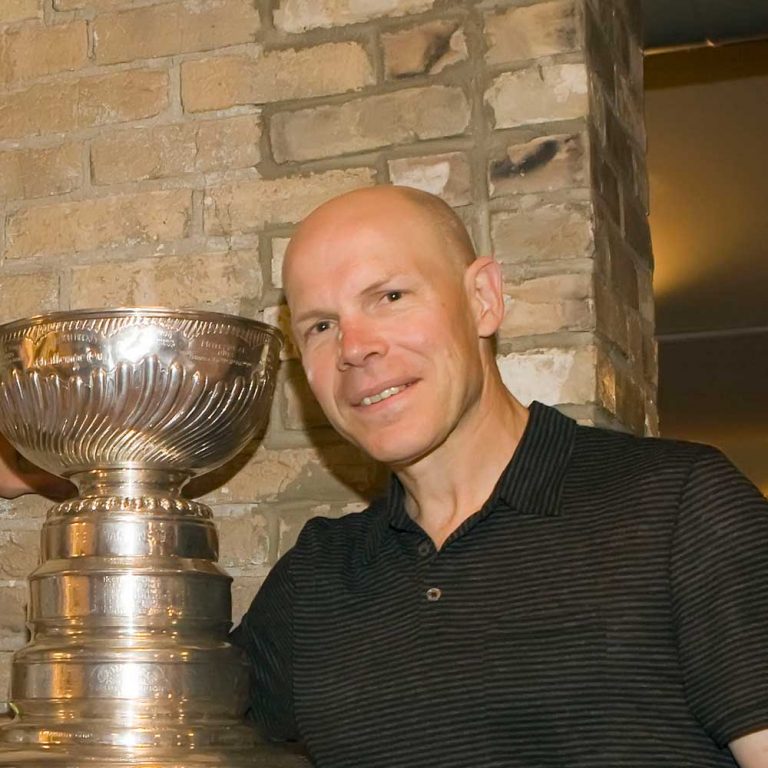 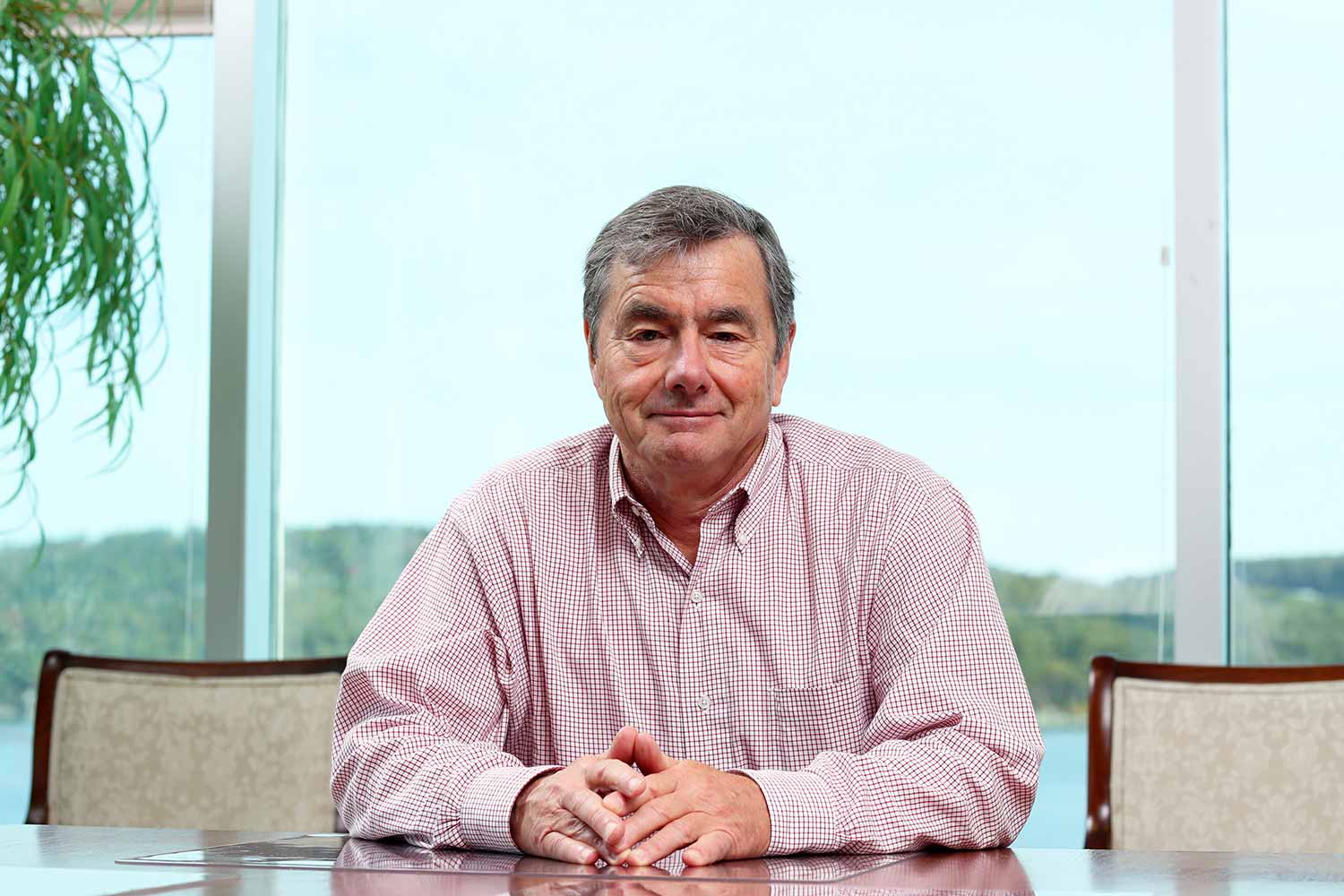 A catalyst for ocean research funding