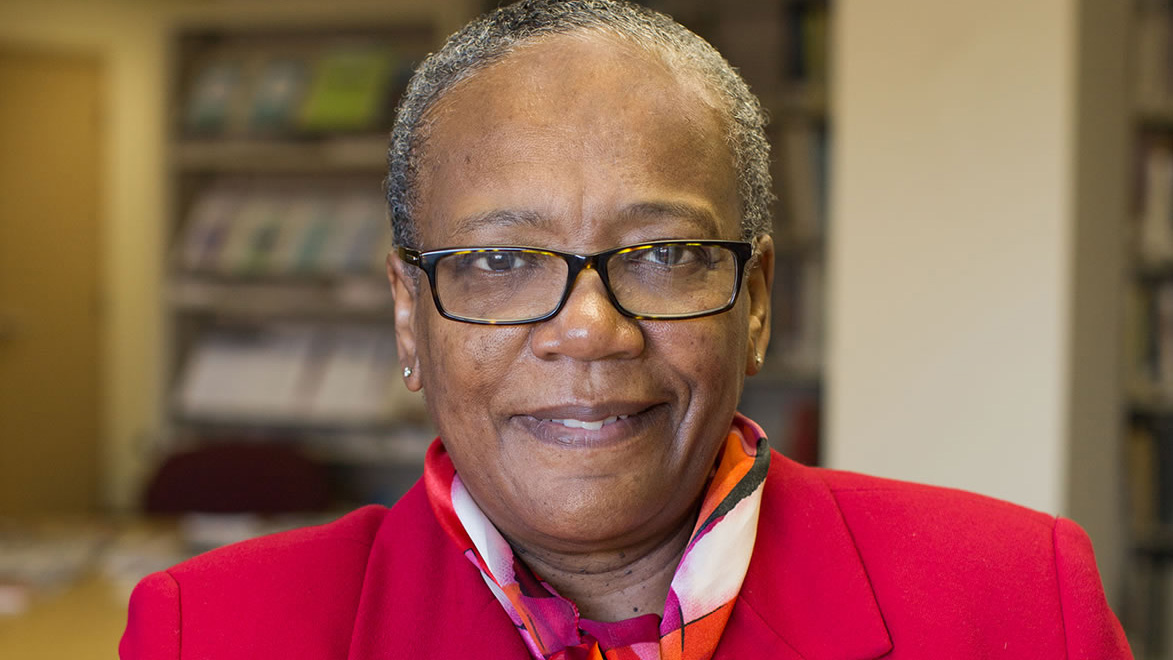 Senator Wanda Thomas Bernard is a highly regarded social worker, educator, researcher, community activist and advocate of social change. The first African Nova Scotian to hold a tenure track position at Dalhousie University and to be promoted to full professor, Dr. Bernard served in the School of Social Work for more than 25 years (including 10 as director) before being appointed to the Canadian Senate in 2016.

What does belonging mean to you?
When I thinking about this question about “belonging,” quite honestly the first thought that really comes to mind is not belonging. The feeling of not belonging is more familiar to me and I began to think about what it means to not belong, and what it feels like.

To not belong, for me, feels like you’re on the outside of the two-way mirror where you can see in, perhaps, but people don’t see you. And sometimes it’s like you’re on the other side of the mirror, and people see you but can’t see the broader context of who you are. It’s about being pigeonholed into certain areas—maybe areas of work, or areas of social consciousness or social responsibility.

Why does belonging matter in today’s world?
If we want to become a society where inclusion is a forethought, not an afterthought, we have to have a society where everyone belongs—no matter who they are or no matter what they bring into the space that they’re occupying. It’s about people being truly valued for who they are, what they contribute and where they’re allowed to be themselves, to develop their full potential. Each human being in this world and in this country deserves that basic sense of belonging. I consider that a basic human right. Yet we know there are exclusionary practices and policies that that can have debilitating impacts on people’s lives and consequently limit potential and limit opportunity. I believe that if we get to a place where we see differences as assets and not liabilities then we will have created spaces where people who are normally othered, will truly belong.

It’s not that I was conscious every single day of not being Canadian, but there was a sense that I didn’t truly belong as an African Canadian. I never felt that I truly belonged in the country where I was born, until I left it. And now, here I am, as a Senator, representing the entire country, which is quite the journey.

The sense of not-belonging can be an everyday experience. That deep sense of not feeling accepted, the experiencing of racist microaggressions, of victimization, of racism, of sexism—and now that I’m getting older I feel the ageism sometimes as well. We are in a society that doesn’t pay much attention to the unique needs of persons with disabilities. We constantly send messages of ‘not belonging’ to anyone who is outside what is considered ‘the norm’.

However, there are what I call “rays of hope,” those pockets that continue to give me critical hope. Honestly, the day that I lose hope has to be the day I leave this world. (laughs.) I cannot function without “critical hope”—hope that has action behind it.

I have a recent Dalhousie example that made me feel very hopeful. There are certainly still issues, problems, and struggles, and we continue to do the critical work [to improve]. But when the senior administration made the decision to do a designated hire at the VP level (vice-provost student affairs)—when I read that notice I felt critical hope. That is precisely the kind of action that we need—large and small organizations and the private sector, taking big, bold actions to make a difference. Now, that’s just the first step in the need for many steps to address systemic issues, but the fact they did that and did a successful hire is a step in the right direction.

What one thing can each of us do, right now, to foster belonging?
I think, individually, we can all be more aware of our surroundings, both socially and in the workplace. Who are my colleagues? Who’s here? But more importantly: who isn’t here? How can I use my voice, my position to foster change? Or if you are in a workplace that is more diverse, what’s the experience of people from equity-seeking groups? What’s their experience in that workplace? I’ve been in workplaces where equity issues were high on the agenda, but I still didn’t quite feel like I belonged. It’s like I’m behind that mirror and no one notices. So each of us, I believe, can do something to help change things that foster belonging.

How do you bring these ideas into Senate?
I try to bring a social justice and race equity lens to everything I do. It’s a constant discussion topic in my team meetings, with people who are working with me. Every piece of legislation we’re looking at, every bill we’re studying, every proposal we bring forward, we try to bring that lens to the work—always thinking about those who experience that sense of not-belonging, and what we can do to ensure that shifts, that change happens. As people, we should always be critically reflecting on our own experiences and how they may be mirrored in other people’s experiences, or how you can use your experiences to make connections with others.

I had a group of young Black people from East Preston that came to spend a week in the Senate. And one of them made a very interesting comment: “Senator, I notice that you seem to get along with everybody, that you build bridges with everyone.” I said, “I have to.” I cannot survive here without building bridges. Basically, building bridges is a way of breaking through barriers that would otherwise divide us. We can all be bridge builders.