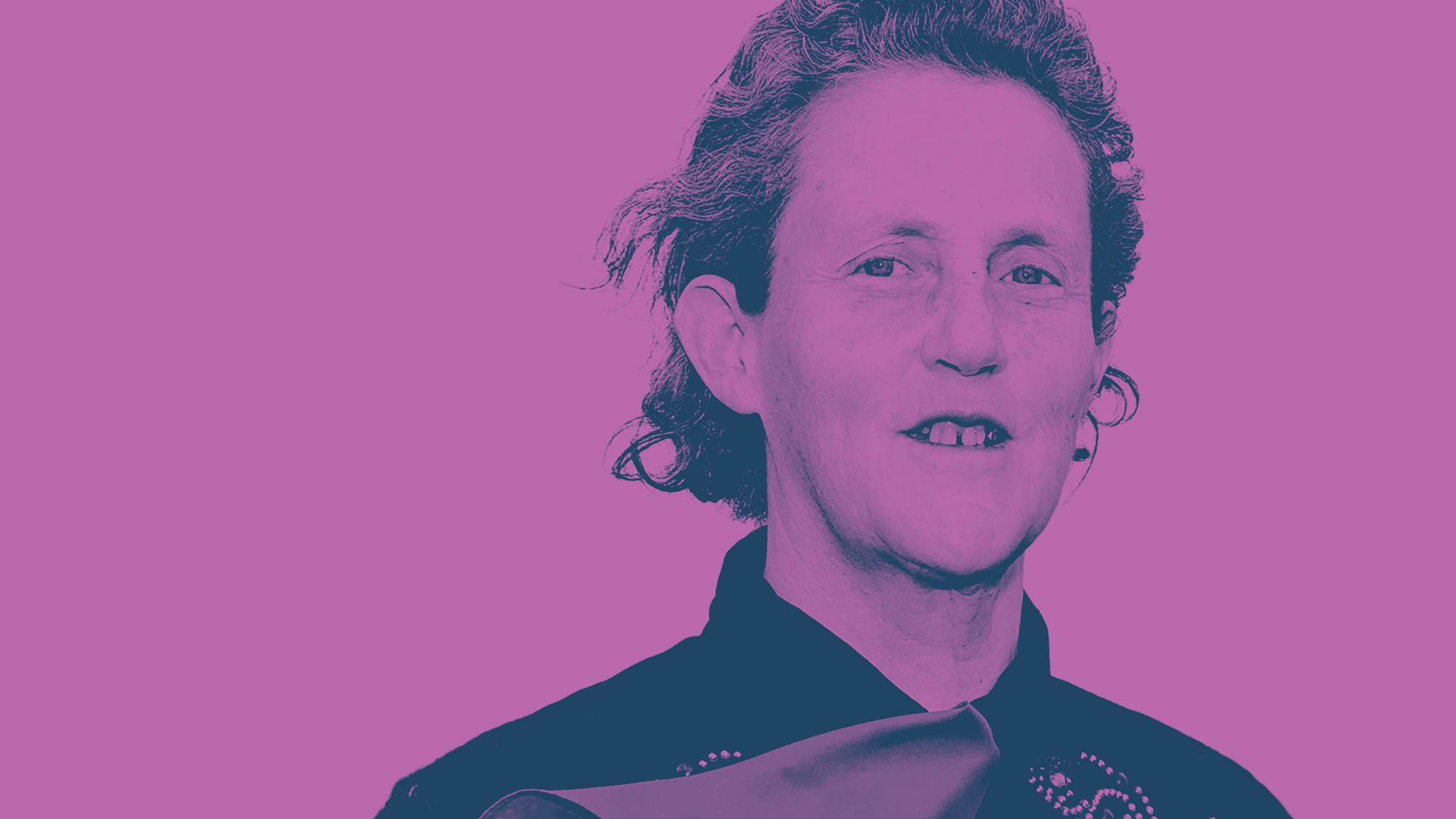 Animal scientist and advocate for people with autism

Temple Grandin is almost certainly both the world’s most famous animal scientist and the world’s most recognized person with autism. She turned the childhood pain of being different into a life of profound purpose, using her unique perspective to change the face of animal welfare and give hope and inspiration to millions of people and families living with autism spectrum diagnoses.

What does belonging mean to you?
It means that you belong with another group of people. For example, I really get along with people who build things and make things. There are people who are really interested in animal behaviour. I feel I belong to those groups of people.

Why does belonging matter in today’s world?
You’ll be lonely otherwise. And I think you need to be doing things in the world of “real” things, not just sitting at home and doing it on social media. In fact, there’s research that shows that in some cases people are getting depressed [because of it]—you need to be out doing real things.

Some of the happiest times I’ve ever had was working with the guys trying to figure out how to build some stuff, how to invent some stuff.

When have you most felt like you belonged?
Some of the projects I did on designing handling facilities, working with the construction crews. That was some of my really good times. Now, there were some people who were bad to me, but there were a lot of other ones who weren’t.

And what makes someone good to work with, for you?
Interested in the same stuff, likes to solve problems together, shared interests. That’s very important to me.=

What is the single biggest threat to building a belonging society?
One thing that’s been a downside on social media is it’s made things much more radical: radical right fighting radical left with no room left for discussion in the middle. If you want to actually get things done, you’re going to have to have discussion — or you’re not going to get anything constructive done.

What one change could we make as a society to improve belonging? And what can each of us do, right now, to foster belonging?
These are very vague questions, and I’m not good on the vague stuff. One of the things that I tell people that get interested in policy or politics or anything like this is you’ve got to get down in the field and find out what’s happening. You can’t have it be too abstract. A lot of people get way too abstract; I think in specific examples… if I’m trying to figure out a dog’s beahvioural problem, I ask, “Well, what did the dog do?” But I can’t answer the questions until I know the specifics. Is the dog happy, crazy, jumping on me, or is it snarling and about to bite my head off? I don’t know until I get more information.

In order to solve problems, you make a policy—we have a lot of health care issues, for example. You have to say, ‘if I did this policy, what happens to this person over here that works at Wal Mart? What happens to thiscollege student? You start getting specific examples of different demographics. Then I form my general principles by a collage of general examples.

I’m a bottom-up thinker, I’m not top-down. Top-down thinkers get in a lot of trouble, because they over-generalize to the point where they make a policy that doesn’t work. The only disadvantage of bottom-up thinking is that it takes a lot of data. You have to have a tremendous amount of specific examples in order to form a general principle.

In the abstract, you can be black and right, but when you get involved in the real thing it’s not so black and white. But then you can get people so far down in weeds that they don’t see any bigger picture. You need all kinds of people.