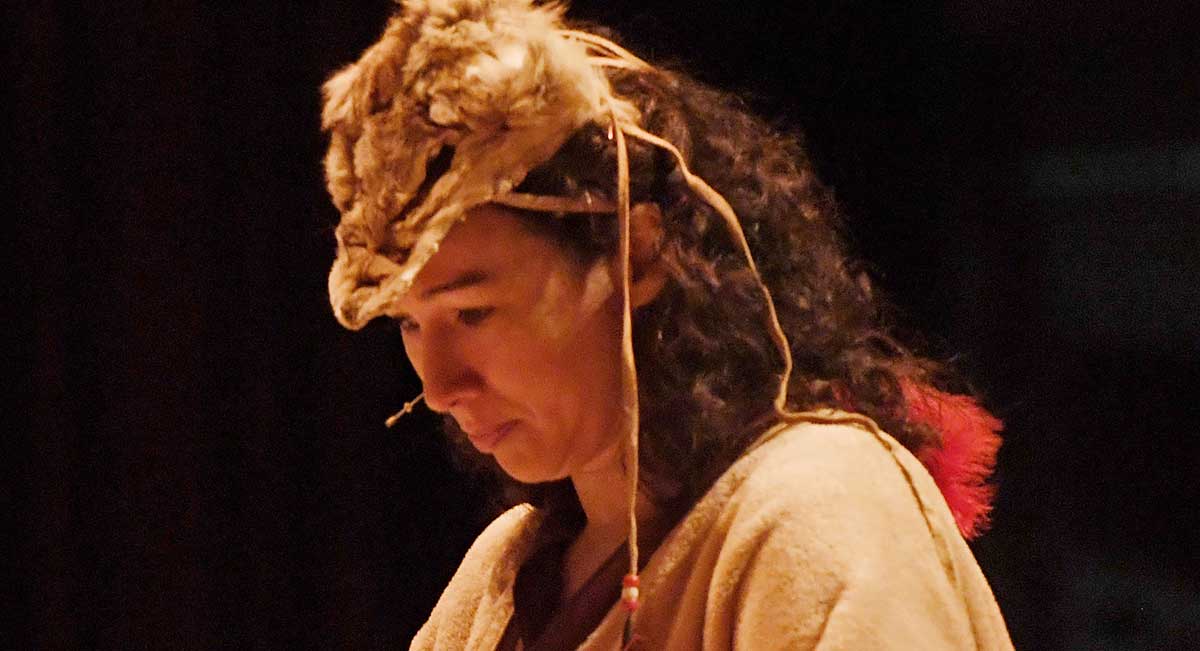 What does belonging mean to you?
It means to be part of something, to feel connected in some fundamental way—rooted. I keep thinking about analogies with the forest where, no matter how different every single organism is, they all have a role to play in it.

Why does belonging matter in today’s world?
It matters today more than ever because I think that many of our communities are getting bigger, larger, in cities where it can be harder to feel like you’re belonging to a community. We have more and more isolated lives—even in rural Nova Scotia, where our comfortable houses and all our amenities make it easier to be separated from a sense of belonging. You can stay inside your own compartment, trying to connect to all of these TV shows and movies, Internet and social media—which isn’t, to me, a way of feeling belonging to something as a unit. It’s more dispersal.

If we’re not finding those ways to belong in real life to the people around us, or the world or landscape around us, it can be very unsettling. I think belonging means more today than ever because I think we have a lot going against us in building that belonging. I’m sure there are some people who have found great comfort in connecting to people around the world that they wouldn’t be able to otherwise, but in my train of thought it serves as the opposite.

When have you most felt like you belonged?
I think about children, and when I was a child in my immediate family—what might be the highest feeling of belonging. That’s a time when you aren’t really out there in the world yet, and you don’t know what it feels like to break apart and find your own community and space in the world.

My father was in the military, so I moved around every couple of years, so I didn’t have a very strong sense of belonging in my community—maybe that’s why, as a child, I had to feel rooted in my family. But now, living and working here in Bear River First Nation for almost 12 years, I’ve made relationships and roots and have a sense of responsibility. And in that there’s this feeling of belonging.

What is the single biggest threat to building a belonging society?
I might answer differently a year from now, but off the top of my head the biggest threat to a belonging society is how society would be exclusionary. For example, for me, being part Indigenous, Indigenous education in the public school wasn’t inclusive. When I grew up, Indigenous topics were always framed as “they.” When textbooks or teachers referred to Indigenous people, they said “they.” However, while mentioning European settlers, it was always a reference to “we” and “our” ancestors. It meant that I was “they” and not “us.” I always felt excluded, somehow. That didn’t make me feel like I belonged in the classrooms, the school, or those communities where I was attending school. That’s just one example.

We have to question how we make sure that people can feel and be a part of our society and communities. We have to ask ourselves continuously: how do we be inclusive? And it’s not always obvious. It takes other people to say, ‘Wait, what about us?’ or ‘What about this?’ You have to work to make sure that all people can see themselves recognized in the laws of society, the art, education, business, the people in service, in government, so on and so forth.

What one change could we make as a society to improve belonging?
I don’t know how to answer this one, because to me it all comes back to the individuals. When I think about societies or institutions and governments, the thing that came to me was that we need to reflect on how we build new things together.

It might be that we, as the greater society, might need to let go of something we thought we were on a certain track towards. For example, “What is post-secondary education? How does that run?” We’re on track with a certain set of norms, but in order to really move forward, to be a really more inclusive, belonging society, we have to start to pause, look at some of our institutions and how we do things, and make new visions that might be in a different direction than what the people before us laid out—or even what they could have planned for. We have to put those aside and create something new together.

What one thing can each of us do, right now, to foster belonging?
It’s not anything new, but when we look at ourselves, in order to help build a more inclusive, belonging society, we have to get to know people who are different than ourselves, or learn about other cultures and groups of people other than ourselves. Sometimes it’s most comfortable just to be around and speak to what it is that we know, but it just means that it’s harder to think about how to be inclusive because we’re not aware of what else there is.

It doesn’t necessarily mean to walk up to people in the mall who are different than you, but pay attention to the different cultural organizations, events, communities or things that people are advocating for, instead of just ignoring it. It’s important to pause and reflect on it: “Let me read a little more about this topic.” That’s something each of us should work on in the future, and I think schools help get children primed for that—going out and learning about other, different topics. I think we need to keep doing that.